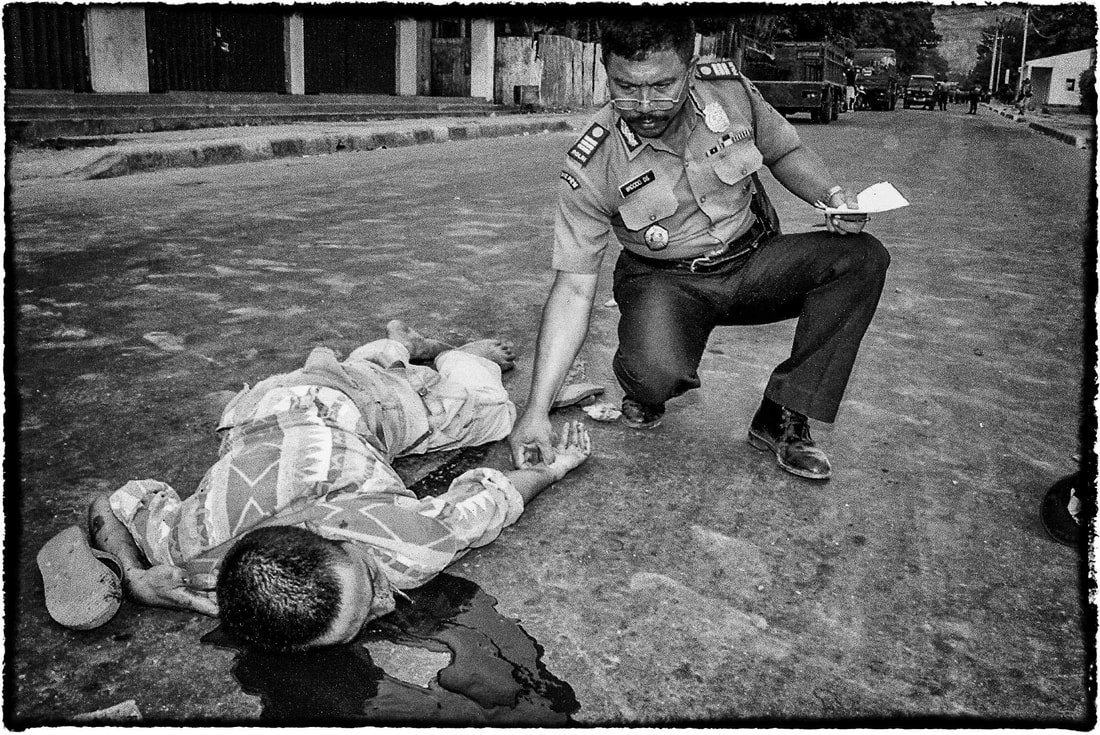 The United Nations at this point was powerless to do anything.  They had come to monitor an election not stop a civil war.

As a photojournalist, it had become terrifying.  None of us knew what would come next.  We traveled if at all in packs and stayed as close to the hotel as possible.
The paramilitary packs seemed to have vanished the day of the election.  We learned later the  East Timorese had voted 75 percent in favor of leaving Indonesian control.
That night the paramilitary units began burning down the neighborhoods and executing anyone they thought to be pro-independence.  By morning it was clear those of us left covering the story would have to make a run for it.  A police truck showed up outside the Turismo, and we all piled aboard.

The heads of other news agencies had arranged a charter flight from Bali. We all got on board.  There we no tickets or seat assignments and we loaded our baggage into the plane's cargo hold.

Once in Bali I decided to stick around there as there we refugee coming from the ongoing violence in Dili.  I heard rumors of mass killings. They turned out not to be true.  Eventually, the United Nations landed a peacekeeping force, but for many East Timorese, it was too late. 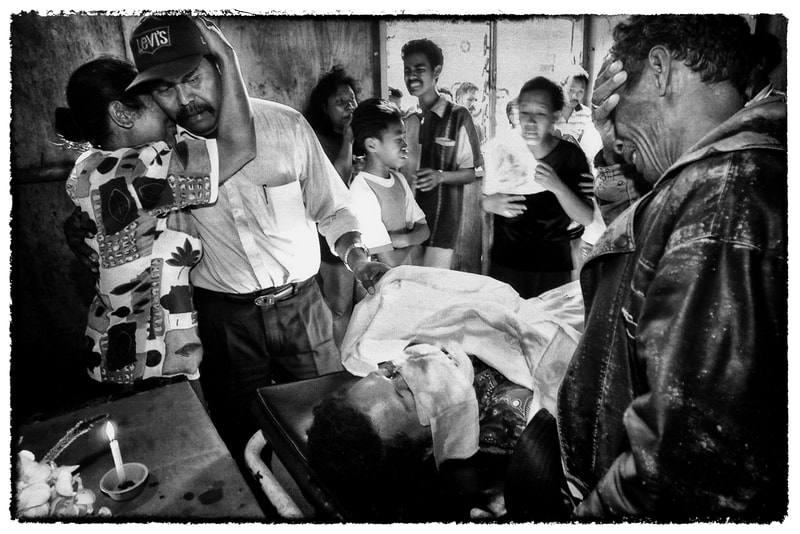 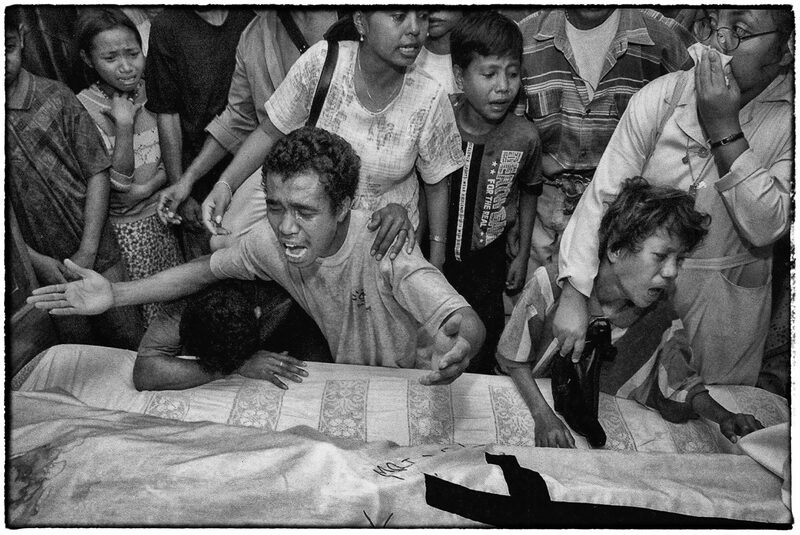 East Timorese weep at a funeral for a slain family member. 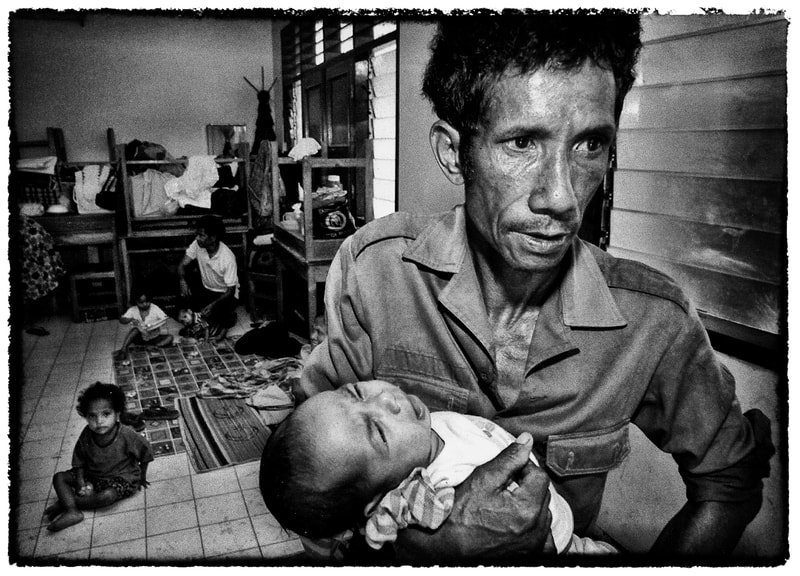 An East Tiorese man hold a child at a refugee center in Dili. 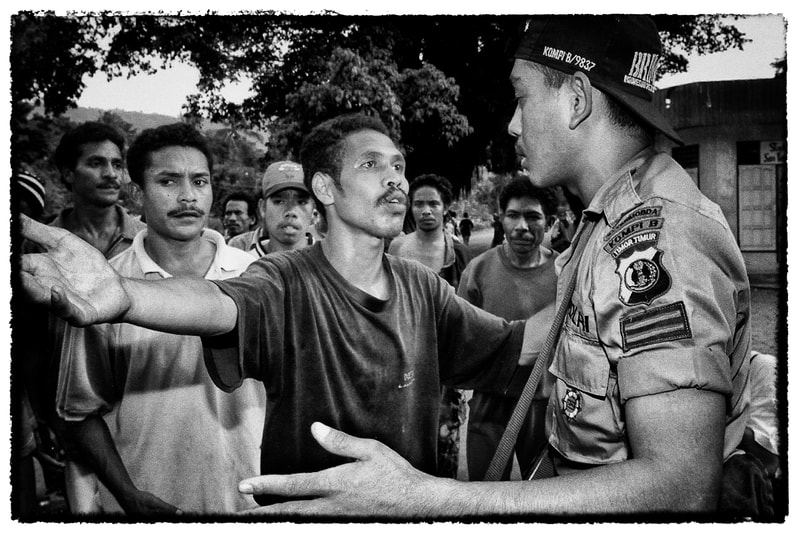 East Timor men ask for help as election violence grows prior to election. 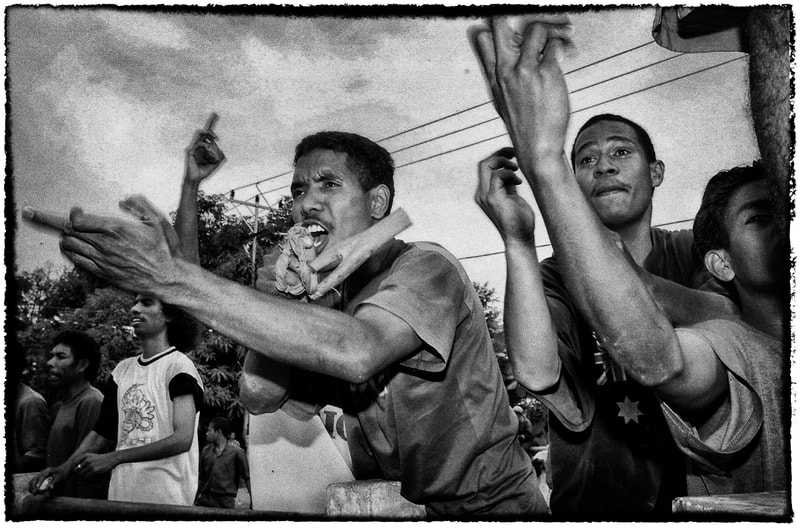